Retired French striker David N’Gog didn’t feature for the senior team before he called time on his career as a professional footballer. It must be pointed out that the former Swansea City, Paris Saint Germain (PSG) and Bolton Wanderers attacker featured for a lot of the France youth teams. 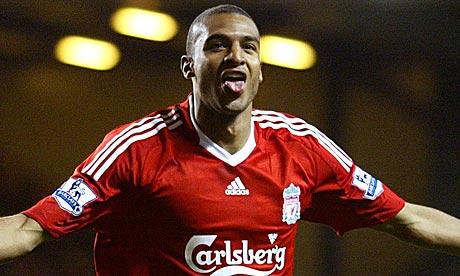 His first appearance for a French youth team was at the u-16 level. He had an attacking return of 11 goals in 13 appearances for the French u-16s. David N’Gog played for the u-16 team from 2004 to 2005 before turning out for the u-17 team between 2005 and 2006. The ex-Liverpool striker had a less productive time for the u-17s in comparison with the u-16s following the return of two goals in six games.

David N’Gog had a poor scoring record with the u-21 team whom he featured for between 2008 and 2010. The attacker netted three times in 17 games for the team. While he was turning out for the France u-21s, N’Gog was invited to play for the Cameroon senior national team under the managerial era of compatriot Paul Le Guen.

Frenchman Le Guen was the Cameroon manager during the time an invitation was extended to David N’Gog. He was invited to the Cameroon senior national side ahead of the 2010 FIFA World Cup tournament in South Africa. In the end, he was not able to represent Cameroon with him giving a different reason to the one from Cameroon officials.