Premier League side Liverpool are still trying to add a few players before the transfer deadline but if they cannot, is the current set-up strong enough to challenge for the title? 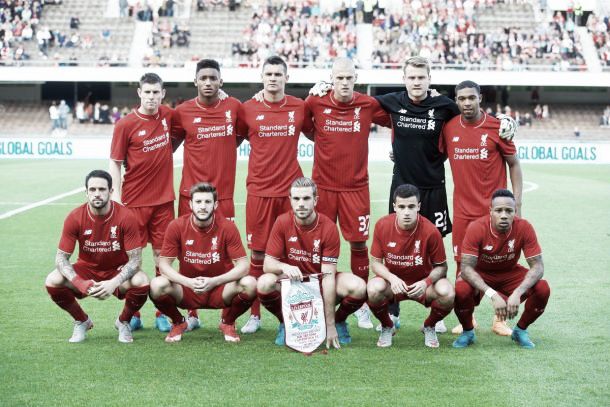 Jurgen Klopp and his boys are yet to lift a major title despite going close. The German manager has done a lot of work with the team but he needs to get lift a title to cement his achievements.

Mohammed Salah, Dominic Solanke, Andrew Robertson have joined while the moves for Virgil van Dijk, Naby Keita and any other have been fruitless so far. And it might remain so beyond August.

A former player for the club Phil Thompson opines that the team can win a title with its current strength.

“I know a lot of Liverpool fans are nervous about a lack of activity but I think the squad is big enough. The aim is just to add players who are going to make the starting line-up,” he said.

Last term the squad was title-contending until the playmaker Philippe Coutinho got injured for a decent run of games, and then attacking star Sadio Mane had to leave for African Cup of Nations. Other key players could not contribute as well while Chelsea continued their fine run.

This term both Manchester clubs have strengthened seriously and would surely pose a great threat. Arsenal do not have the Champions League to distract them and Chelsea are pushing to retain the title. All these do not play in favour of Anfield as the current team does not seem to have as much strength as these sides. The defensive midfield and central defense cracked under pressure and should have been priority this summer, well there is still three weeks.

In 2009, after losing Robbie Keane, Coach Rafa Benitez failed to provide cover, leaving David Ngog and Ryan Babel as the decent options. The team lost crucial points when it mattered around half of the season and it hurt them in the race against United for the title.

The same thing happened in 2014 as there were not enough options from the bench. The attack was impressive but they cracked under pressure in that game against Chelsea and it went downhill from there.

With the Champions League, the Premier League and other domestic tournaments, would this Liverpool team pull through?